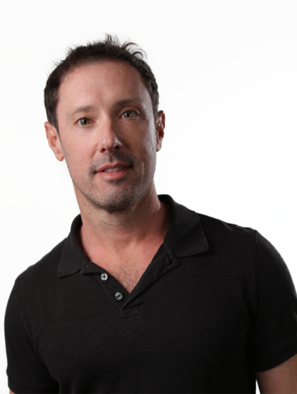 Justin is CA's Owner and Principal Designer. His signature vision elevates aquatic installations to a new aesthetic. For him, each project presents an opportunity to collaborate with interior designers, sculptors, architects, reef makers, and even world-class installation artists.

Justin’s vision for City Aquarium began in the 1980s, when he was just a teenager building his own tanks, fishing for lobsters and eels, and working with marine merchants. His studies in marine biology took him to exotic places such as Hawaii, the Dominican Republic, Haiti, Barbados, Jamaica, and the British Virgin Islands. Upon graduating from Georgetown, Justin studied advanced courses in aquaculture at the University of Hawaii.

People give me ideas... interacting, being social, and watching others is really inspiring to me.

Justin's foremost source of inspiration is Nature. That being said, some of his best installations have come from collaborative works. New York City is, to him, one of the most fascinating cities in the world, and has allowed him to work with incredible designers and artists. "People give me ideas... interacting, being social, and watching others is really inspiring to me."